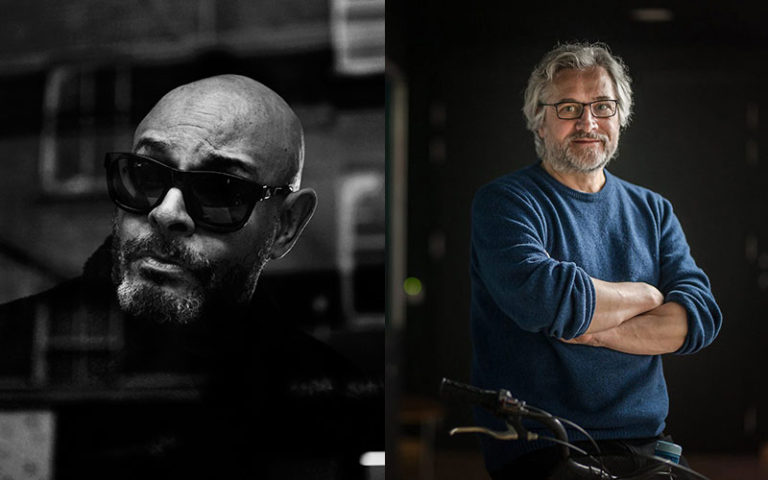 As part of their Visiting Professorships, the former Magazine bassist Adamson and Dudok de Wit, whose 2000 short film Father and Daughter was Oscar and BAFTA award-winning, will both be involved in SODA’s public engagement programme as well as working closely with students.

They will deliver masterclasses, work with students on Co-labs, a key area of SODA’s curriculum, and take part in student showcases, sharing their expertise and knowledge with the next generation of digital leaders.

Adamson kicked off SODA’s new In Conversation series on March 25 where he talked with experts from SODA about his impressive career which can be watched again on SODA’s YouTube channel.

Adamson was born in Manchester’s Moss Side and has had a varied career spanning across music, film and photography.

He came to prominence when he joined Manchester post-punk band Magazine as the bassist in the late 1970s. He then went on to join Nick Cave and the Bad Seeds and featured on four of their albums.

He is also a successful composer who has written film scores for several high-profile film directors including David Lynch, Danny Boyle and Alison Anders, as well as composing music for TV and theatre.

He immersed himself in the life of a composer and his solo album Soul Murder was shortlisted for the Mercury Music Prize in 1992. This year will see the release of his first memoir Up Above The City, Down Beneath the Stars, published by Omnibus press.

Adamson said: “I was elated to be asked to take the role of visiting professor at SODA. I accepted without reservation and my hope is to be able to bring the stuff of inspiration to the table, as I have been inspired by art, music and film, throughout my whole life.”

Dudok de Wit is a Dutch animator, director and illustrator based in London.

In 2016 he released the feature film The Red Turtle, which he wrote and directed, and was coproduced by the acclaimed Japanese animation film studio Studio Ghibli. The film was nominated for an Oscar in 2017 and also won the Special Jury Prize in the Un Certain Regard section at Cannes Film Festival in 2016.

Dudok de Wit also illustrates books and delivers masterclasses on animation at art colleges and universities in the UK and internationally.